With Covid vaccination rates increasing across Europe and the world, Russia has been falling behind. As of June 7, only 12.1 per cent of the Russian population has received at least one dose of a Covid vaccine, even though Russia was the first country to approve the vaccine in August 2020 and to begin vaccinations in December 2020.

Russia has been accused of providing scanty data regarding the pandemic. The BBC suggested that the actual Covid death toll is three times higher than what is officially reported in Russia. Therefore, with no new lockdowns and only a minimum mention of Covid deaths, many Russians believe that the danger has passed. Andrei Kurtoonov, of the Russian International Affairs Council, told the BBC that “Russians are conservative: they don’t trust their [own] state and they don’t trust whatever can come out of this state.”

Low levels of trust towards the Russian government is nothing new. Russians have led the world in the lack of institutional trust. Only 23 per cent trust NGOs, 26 per cent trust the media, while 34 per cent say they trust the government, according to a 2019 survey. Vladimir Putin, on the other hand, is trusted by 58 per cent of the public, as of March 2021.

But even when Putin did receive a vaccine (3 months after the initial rollout), the name of the vaccine was not made public and it remains unclear if he was filmed while getting the shot, something that has the potential of deepening public scepticism of the vaccines.

These low levels of trust in government and conspiratorial thinking is what western politicians and lawmakers ought to focus on, rather than the vaccine itself. Whether or not the vaccine is indeed effective is something better left to the scientific community, who know better what is safe and efficient and what is not.

Russia has used the vaccine rollout to play geopolitical games. The country has been engaged in efforts to undermine the efficacy of western vaccines and has taken an upper hand in spreading disinformation. The News Front publication, controlled by Russia’s federal security service, published a hit piece on the Moderna and Pfizer vaccines, accusing them of contributing to the deaths of dozens of recipients in Austria and Norway, while at the same time praising Russia’s Sputnik V.

Furthermore, Russia has contributed several vaccines to former eastern bloc nations (such as Hungary and Slovakia), to Latin American Nations (Argentina and Venezuela) and most recently to India. Even though Russian diplomacy has turned the pandemic and its vaccinations into a geopolitical game, the west should not do the same.

Covid is a global phenomenon and instead of using the same intimidation and misinformation tactics as the Russians, the West ought to take the upper hand by making vaccines more accessible to developing nations. We have seen that nations that have taken the upper hand in securing large amounts of vaccines have also seen a de-escalation of the pandemic in a steep drop of active cases and deaths, as is the case in the United States and Israel.

Hungary, an EU nation using Western vaccines as well as Sputnik V and the Chinese Sinopharm vaccine, has one of the highest vaccination rates in the EU as well as a sharp decrease in cases and deaths. With Covid having taken about 4 million lives globally, a solution can only be found through multilateral cooperation.

Even though Russia’s efforts are obvious, we in the West must not end up doing the same, since we risk being tarred with the same brush. Defeating Russian influence cannot involve using the same tactics, sacrificing more important ends to political rivalries or objectives. In that way, we all lose. 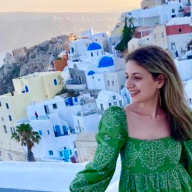 Anastasia worked as a Research Assistant at the Henry Jackson Society, where she conducted research in the area of Russia and Eurasia. She also has worked on multiple political campaigns in the United States, and specifically in Massachusetts and Florida.