Parliamentary democracy, constitutional monarchy, and light touch government regulation are the culmination of centuries of libertarian struggle. Yet, domestic “Covid status certification” presents a potentially dangerous deviation from this trajectory and has no place in a democratic and free society.

The Prime Minister’s recent admission that the government is considering vaccine certificates as a way to reopen offices, pubs, and entertainment venues is deeply disturbing.  A government review has been commissioned and is expected to be published in June – but the direction of travel is clear.

“Immunity certificates” could take the form of plastic cards, paper permits, or harness the digital technology of QR codes and mobile phone apps. They would enable organisations and businesses to restrict individuals’ access to a wide range of services and prevent people from travelling overseas. Their introduction would be tantamount to vaccination coercion. While it could be argued that vaccine passports might hasten the return to pre-pandemic normalcy, reviving travel and tourism, they present a threat to civic liberty: not since the aftermath of the Second World War have British citizens been required to carry identity cards in peacetime.

Vaccine certificates would create a two-tier society, the vaccinated and the unvaccinated. Vaccine hesitancy is highest among ethnic and religious minority groups. The lowest vaccination rates are among people identifying as Black African and Black Caribbean (58.8% and 68.7% respectively), followed by people from Bangladeshi (72.7%) and Pakistani (74.0%) origins. Vaccination rates differ according to religious affiliation with the lowest-rate among those identifying as Muslim (72.3%) and Buddhist (78.1%). Disabled people have lower vaccination rates than non-disabled (86% and 91.0%).

The prospect that citizens belonging to ethnic minorities, religious groups and the disabled might be turned away from jobs and services is horrifying and we need to stop bio-security apartheid. The government is considering whether proof of vaccination should be mandatory for care workers and a number of the largest care home operators including Barchester, Care UK and Advinia Healthcare already require staff to be vaccinated.

Not everyone can be vaccinated; some people are medically advised to avoid vaccination – pregnant women, people with allergies and those with underlying health conditions. Furthermore, the World Health Organisation has noted that it is still far from clear how effective vaccination or prior infection is at reducing transmission of Covid-19, or newer variants.

At present, most young people haven’t been offered a vaccine and the efficacy of vaccines on adolescents is unproven. Is it fair that young adults could be barred from pubs, restaurants, cinemas, theatres and concerts after 21 June?  Vaccine certificates would result in young people facing more stringent social restrictions than others and there would be a buoyant market in forged vaccination certificates or fraudulent apps.

We now know that, statistically, young people are largely unaffected by Covid-19 and scientists simply do not know whether a spike in cases amongst young people would lead to a significant increase in hospitalisation and death among the older vaccinated demographic. Allowing older, vaccinated people to gather in large groups carries its own risks and certificates might lull them into a false sense of security which will lead to the R number rising.

A nationwide vaccination certificate scheme would exclude young people from taking part in social, cultural, and sporting activities.  In doing so, the scheme threatens to exacerbate an unfolding mental health crisis and will deepen socio-economic exclusion.

Research shows that compelling people to take vaccines does not result in higher uptake. Coercion brings mistrust and disruptive dissent leading to lower numbers being vaccinated. The collection of so much confidential medical data could easily lead to GDPR breaches and identity fraud. Instead of fomenting a two-tier society, why not turn to tried and tested precedents such as the national seasonal influenza vaccination? The annual flu vaccine is given to high-risk members of society, those over 50, residents of care homes, and front-line health or social care workers. Crucially, however, those who choose not to have it do not suffer any restrictions.

The threat of vaccine certificates accompanies the most draconian restrictions on our civil liberties in peacetime. The Coronavirus Act has allowed the government to create laws without appropriate levels of scrutiny and basic rights and freedoms have been eroded to “protect the NHS” and “save lives”. When liberties are given up, the state rarely rushes to return them. We tend to see government as benign and accountable, but the pandemic has seen a steady enlargement of the State’s power which now needs to be handed back to the people. 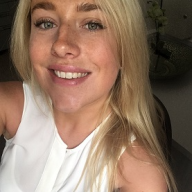